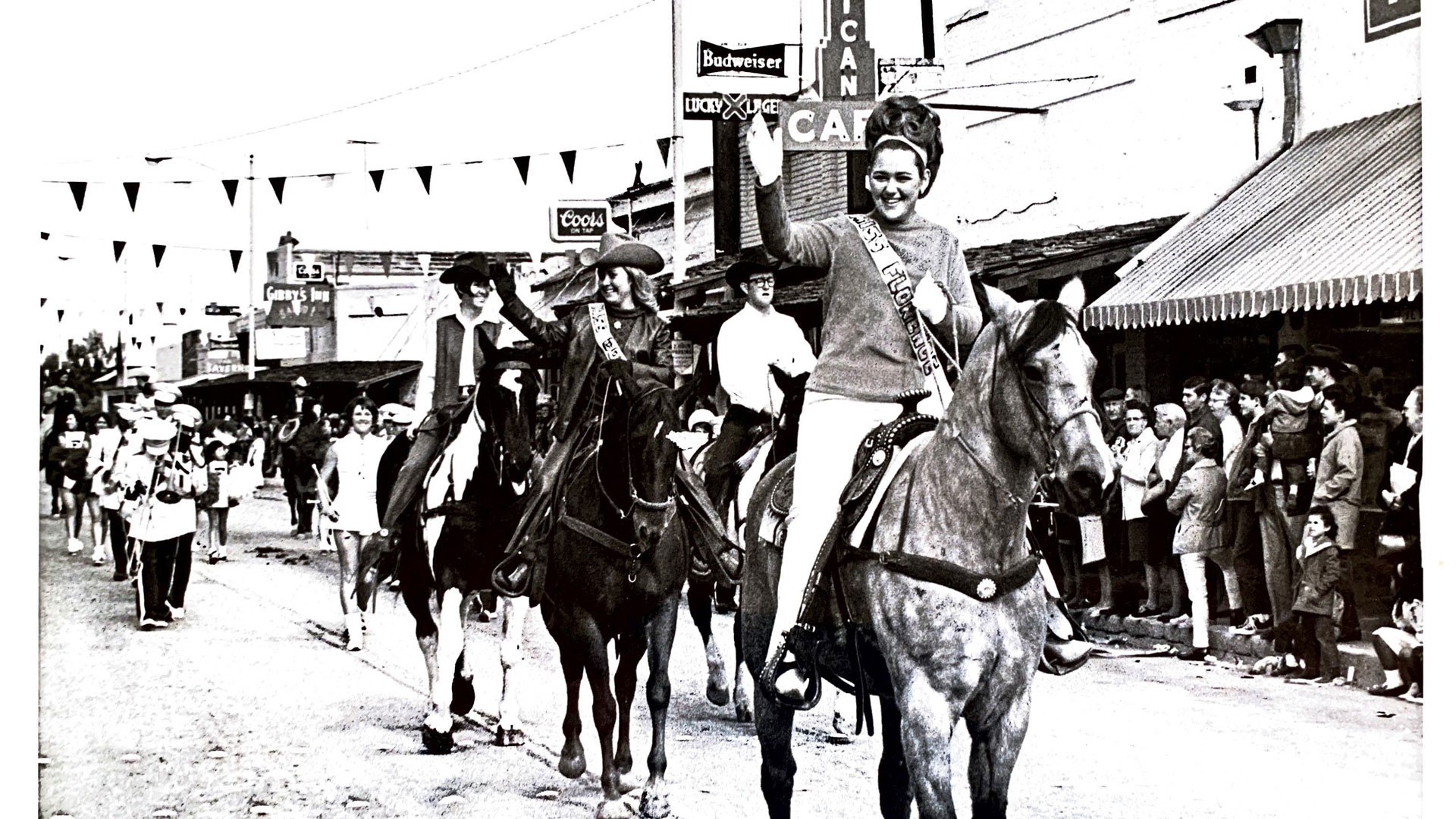 The cradle itself began to rock thirty years ago. The “Cowboy Cradle of the Great Southwest” was not applied until five years after the first show. By show we mean the “Florence Junior Parada.” Both the show and the slogan stuck. Right from the start it was a case of “Stay with ‘er Cowboy!” Perhaps we had better explain that the Florence Junior Par­ada ls a junior rodeo, a unique southwestern attraction that has been staged in Florence, Arizona every year for the past thirty years, with increasing success.

How did the little show start? It started with the big time show and the big time show started with the West.
In Arizona, when the surrender of Geronimo and the deporta­tion of his band of Apaches in 1886 took place, cattlemen began to take a renewed interest in outlying rangeland, which resulted In the Arizona cowboy coming Into his own. For a working field they had the wide open spaces. There were no fences then to keep the cattle within certain confines. Here and there, at best, there was only a drift fence. This necessitated far-flung round-ups dur­ing branding and cattle shipping time, which were participated in by ranchers for miles around.

It was inevitable that such gatherings would conclude in an exhibition of skills, riding and roping contests. It was also inevi­table that out of these rangeland contests the professional show should be born. And what is of perhaps additional interest is the manner in which the professional show got its name. A round-up in Spanish was known as “rodeo”. Properly pronounced ro-da-o with the accent on the second syllable. It was this Spanish word that was borrowed. The word, however, became corrupted either before or after its application to the professional show, because most Americans began pronouncing it “ro-de-o.”

The Florence show, however, stemmed from an organization which came to be known as “The Pinal Punchers Parada.” It was organized by a few cattlemen who made their headquarters in Florence. These, within the realm of recollection, were John Zellweger, Mark Twain Clemans, W. J. Clemans, Phil Nicholas and Clifford Clements. The name of the organization was derived at from the fact that it operated in Pinal County, a cowboy was often referred to as a “cow-puncher,” or simply “puncher” and “parada” was borrowed again from the Spanish language, pronounced “pa-ra-da.” The word means “a stop” or “stopping place.”

The men who came to enter this show as contestants were generally a two-fisted, hard-riding, hard-roping lot. Many came for the express purpose of “letting their hair down,” as did many of the non-contestants and pleasure seekers. These along with show followers and hangers-on often made the four-day show a nightly riotous affair. The names of the ropers and riders who took put in the Pinal Punchers Parada are worth recording. They were champions in their day. Men who were to become well known in the rodeo world.

About this time the Parent Teachers Association was casting about for ways and means of raising money for undernourished children. Charles A. Whitlow, owner of the Hohova Ranch, him-self a professional roper, was appealed to. A junior rodeo had never been tried. The first audience was purely local, and most of it went with the expectation of being bored. The exhibition, however, was an amazing one. This first junior show took place in 1933. The second year the little show was sponsored by the American Legion Post No. 9. After that it was sponsored by the Florence Chamber of Commerce and was by that organization advertised as “The Florence Junior Parada.”

Under the management and direction of Charles Whitlow the show has always been kept in the hands of experts and run strictly in accordance with professional rules. For many years wild horses were trapped in the surrounding desert for the occasion. Clowns have been present, but are seldom necessary so the far as laughs are concerned. Young riders and ropers furnish laughs with their unexpected tumbles and rope tangles that amaze even their mounts. Then again there is riding and roping that commands the respect of everyone. Many a young roper has tied his calf in 26 seconds. The show is always swift moving. Boys and girls, ages five to sixteen, come from far and near to enter the contest. There are professional exhibitions, wild cow milking contests, barrel and relay races. Though the show today has many imitators, it is still recognized as the first and best of its kind. Over the years many celebrities such as Gene Autry have contributed time and money to the show. The proceeds always go to youth organizations and youth charities. Many of today’s champions had their start in the Florence arena. Thus their slogan “The Cowboy Cradle of the Great Southwest” has had some meaning. 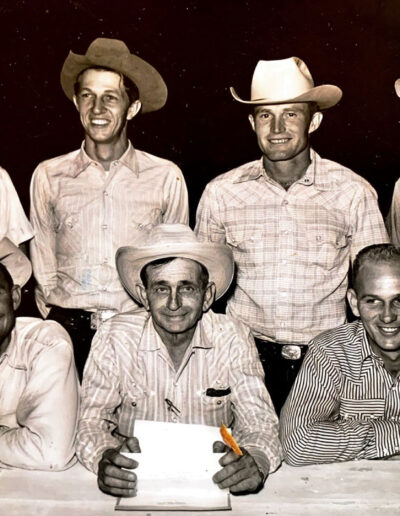 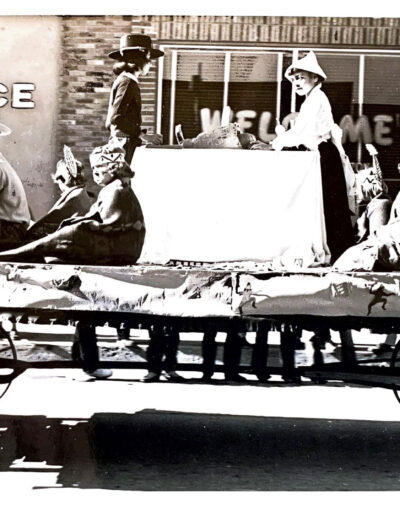 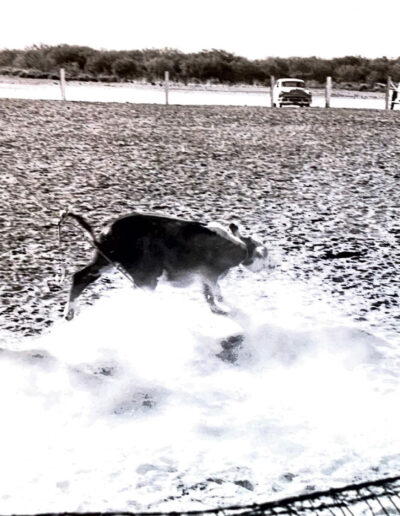 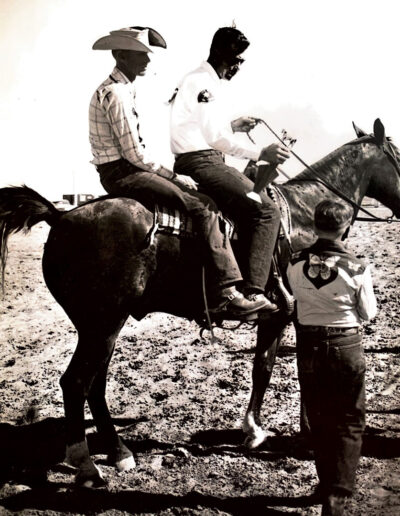 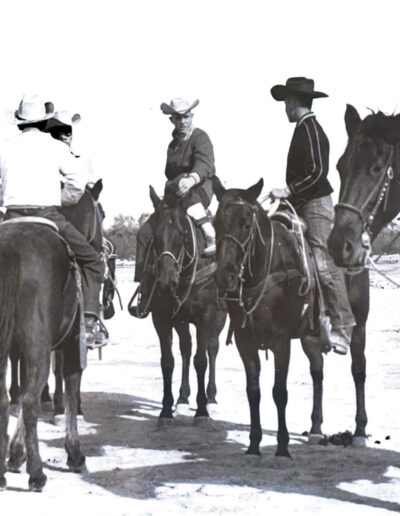 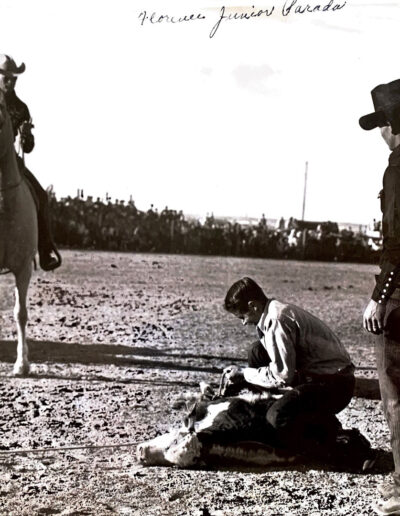 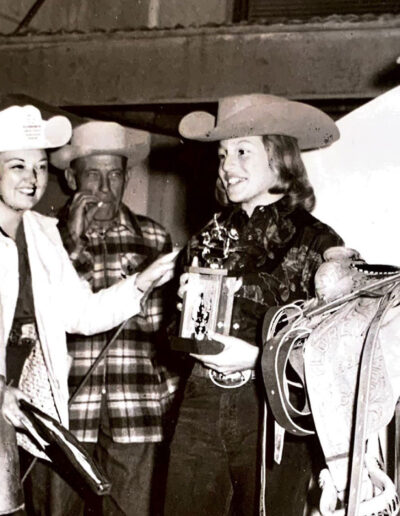 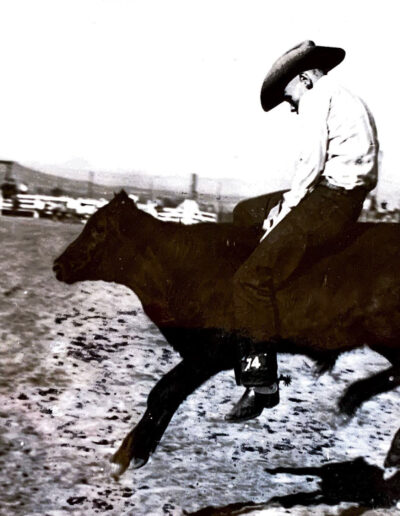 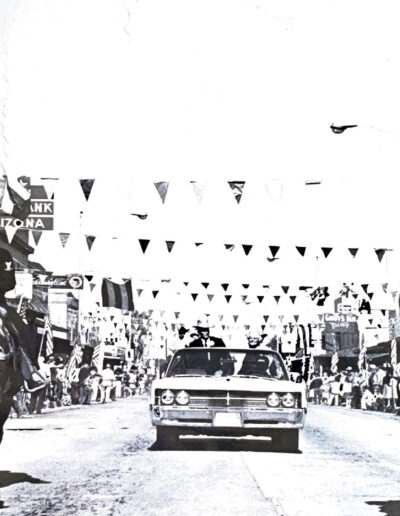 Interested in volunteering for this wonderful event? Send a message at florencejrparada@gmail.com